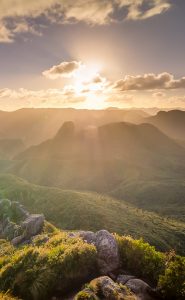 This site was originally established in 2013 in response to an article written on Belsebuub dot com, which highlighted the growing suppression of alternative spirituality in the UK through the introduction of web filtering. When former prime minister David Cameron announced new policy mandating ISPs implement the filtering, one of the categories set to be automatically blocked was “Alternative Spirituality / Occult”.

Classified as “Adult Content” alongside other categories such as pornography and weapons, this method of filtering placed a stigma upon alternative spirituality as a valid choice for people, and Belsebuub dot com’s article highlighted how spiritual sites were being removed from the search results of thousands of people without them even knowing. On top of the web filtering, incremental smothering of spiritual freedom in the western world has coincided with the rise of the anti-cult movement over the last several decades, which marginalizes any behaviors or groups that don’t fit in with the norms of society — and is especially harmful to alternative religions.

Reaching Light supports people’s innate right to freedom of religion and assembly, whether they choose to be part of a well-established organized religion, a grass-roots new religion, or anything in between. This site recognizes the value of esoteric knowledge in understanding the wider picture of reality, and the purpose of one’s life.